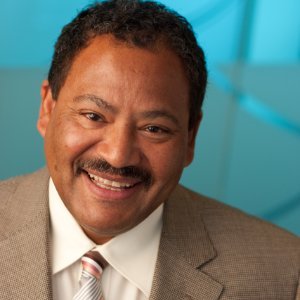 Born and raised in Prince Rupert BC Lyle Viereck’s family heritage includes Muskogee Creek originally from Georgia and Alabama and moved to  Oklahoma, American black slaves, Irish and German immigrants. Lyle grew up fighting for equality and against racism, building skills, network and experience along the way.

Lyle Viereck is a senior leader experienced in the energy sector, public sector and First Nation communities throughout British Columbia and northern Alberta. He is a unique blend of visionary leader, change agent and pragmatic implementer with a strong, results-oriented, values driven reputation with First Nation leadership, Ministerial and senior management levels in government, and the Board and executive levels within BC Hydro.

Lyle has a strong commitment to social and community innovation and positive change, demonstrated by his membership on the Board of Directors of Roots of Empathy and his Chairmanship of Family Services of Greater Vancouver.

Lyle was with BC Hydro for ten years, responsible for setting BC Hydro’s strategic direction for building sustainable relationships with First Nations throughout British Columbia. In 2012, Lyle led his team to achieve gold status in the Progressive Aboriginal Relations Program (PAR). Lyle lead the negotiations and settlement of two significant historic grievances resulting from impacts to First Nations from the creation of the Williston Reservoir and with the St’at’imc First Nations over several reservoirs and transmission assets. Lyle has completed numerous Impact Benefit Agreements with First Nations on major capital projects.

Lyle was the Chief Negotiator for the Province of British Columbia from 2002 to 2005, leading the negotiations with the federal government and First Nation leadership to set up the treaty process in British Columbia, including the legislative instruments required from the legislature and Parliament.

Lyle was a senior negotiator on the cost-sharing negotiations with the Government of Canada to support the costs of treaty settlements in British Columbia. As Chief Negotiator, Lyle led numerous tri-lateral treaty negotiation tables including the Nisga’a table, negotiations on Vancouver Island and in the northwest and central parts of British Columbia.

Lyle was also responsible for overseeing the Province’s consultation and accommodation framework that was established following the Haida and Taku River decisions by the Supreme Court of Canada.